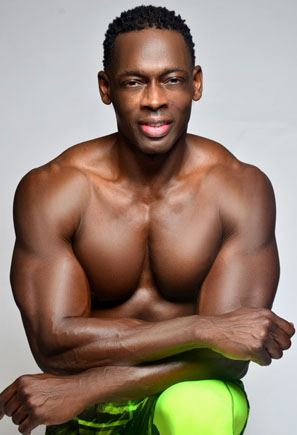 From behind the scenes in network television to the forefront of fitness, Johnson’s name is synonymous with fitness. His body exudes the hard work and dedication of a master.

In the “ATL,” Johnson balances his professional interest in fitness along with over 14 years experience in broadcast journalism, covering medical, health and fitness news for CNN.

With a “practice what you preach” approach, Johnson exemplifies a true Seal of Fitness in every aspect of his trainer career. He has been shaping the lives of Atlanta residents for more than a decade.

The clients he coaches range from young professionals to corporate executives to seasoned athletes. Always offering words of encouragement, Johnson holds firm the belief that there’s room for improvement and advancement on every level of fitness. In his personalized training program, Johnson stresses the fundamentals of fitness: nutrition, strength training, flexibility, functional, core-balance and aerobic conditioning. According to Johnson, these basic components are crucial in accomplishing any exercise related goal.

Johnson was instrumental in producing two popular fitness segments for CNN, entitled Feeling Fit and Fitness Friday. Some of the most well received topics were core training, cardio hoop, and urban rebounding. Early-on in his broadcast career, Johnson was a key player in developing and producing the “Better Health Show,” a one-hour magazine show seen in hospital waiting rooms nationally.

Awarded journalistic excellence for Cosmetic Surgery Vacations in 2005, Johnson has a number of award-winning stories to his credit, including Minority Sun, How Safe is your Food, Weight Management, and Trampoline Dangers. He was also part of a team effort in producing television coverage for the terrorist attacks on September 11, 2001 in New York City.

He works closely with several organizations, including YogaFit, Board of Education; Boys and Girls Club of Metro Atlanta, Board of Directors; American Heart Association, as a mentor with Moving in the Spirit and the Georgia Junior Achievement. Johnson, a former Georgia Governor’s Commission on Physical Fitness and Sports Advisory Board Member, holds several professional fitness-related certifications with the following: Aerobics & Fitness Association of America (AFAA); International Fitness Professionals of America (IFPA); National Academy of Sports Medicine (NASM); BodyPump and Keiser Group Indoor Cycling. He is also a member with IDEA Health & Fitness Association.

In 2000, Johnson was voted a runner-up to the Fittest Male in Atlanta by Atlanta Sports and Fitness Magazine. When it comes to fitness, Johnson embodies the true essence of mind, body and soul.

Johnson is a graduate of Georgia State University, and a native of Daytona Beach, Florida. 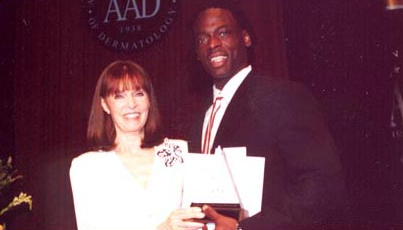